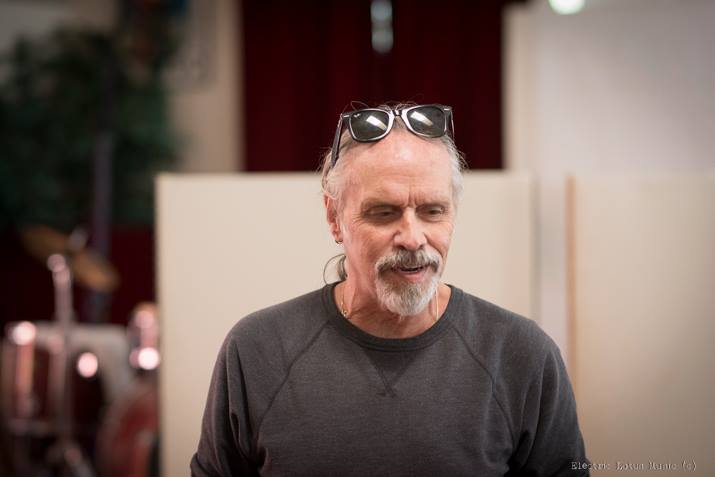 Billy Cioffi was born and raised in Albany, New York. He was signed at sixteen with his band The Grey Things, to New York based Laurie Records. Had a top ten regional hit, and toured the East Coast corridor as the opening act for The Allman Brothers, The Velvet Underground, The Byrds, the Lovin’ Spoonful and The Rascals among many others.

Relocating to Los Angeles, he was asked to play and record with rockabilly legend Gene Vincent. Cioffi soon found himself doing recording sessions in Hollywood with the likes of “Sir Douglas” Sahm and members of his Quintet and various other session players for RCA Records. It was working with Vincent that Cioffi met Country-Rock pioneer Chris Darrow, who was at the time recording a solo LP with current Monte Carlo and collaborator Mickey McGee. Cioffi joined the band Hokus Pokus, who were signed to MGM Records and released one album which is now a highly sought after collector’s item.

Throughout the ‘70s, Cioffi busied himself with session work and songwriting, while acts including The Hello People and Mickey Gilley recorded his songs. “I was learning to be a writer” he recalls, “and it was not easy, and the competition was stiff”. Cioffi was working as staff songwriter when he and writing partner Scott Richardson (of the legendary Detroit band SRC) were asked to form a band to inaugurate the comeback of Phil Spector’s legendary vocalist Darlene Love for a New Years Eve show. This was the debut of the Monte Carlos, and it was to shape Cioffi’s musical career and life for the next decade.

As reviews hit the newsstands the following week, The Monte Carlos, with Cioffi as its guitarist/ leader, are bombarded with touring and session offers with the greatest of rock’s legends.

Life becomes an endless series of planes, concert halls, and studios. During their tenure as the premier back up band, Cioffi performed with Chuck Berry in the United States, Japan, South America, Moscow and Europe. Bus toured with Bo Diddley; conducted and recorded with Ben E. King;  conducted for Lesley Gore. Billy served five years as musical director for the “New York City Doo Wop Shows” at the Universal Amphitheater in Los Angeles, and has performed at that marvelous venue over thirty times. Artists such as Freddy Cannon, Tommy Roe, Brian Hyland, Johnny Tillotson and The Shirelles would often demand promoters fly his compact four and five piece juggernaut to get the sound that only the Monte Carlos could deliver.

Cioffi formed a special bond with one of his idols, Rock and Roll Hall of Fame inductee Del Shannon. The Montes became Del’s band of choice and performed on some of his last recordings, which were released posthumously. Billy played guitars, helped produce five sides, and sang backgrounds with the likes of Tom Petty, George Harrison Jeff Lynne and The Smithereens. “I miss Del every day. He was such an influence in my musical life and just a great guy!” says Cioffi. “I remember when he played me the mixes sitting in his Cadillac and said ‘listen Billy it’s the Monte Carlos and the Beatles!’ I have never been prouder.”

Along the way, Cioffi worked as a guitarist for the Turtles for some gigs while working on recording projects with the group’s leader, his friend, Mark Volman. “Really nice fun guys!” Billy has also played guitar in concerts for Mitch Ryder, side by side with guitar legend Steve Hunter. “They are great souls!” Cioffi continued writing and placed compositions in over a dozen films, among them: Poltergeist 3, The Skateboard Kid, and Blood Fist. His music has been heard in TV series Boogie’s Diner and most recently the Emmy award winning, The Shield. His solo album “Dangerous Type” was a “Billboard” Pick, and “The Monte Carlos” and “American Episodes” received extensive airplay throughout the U.S. on Americana format radio, charting on the “Gavin Reports” and making semifinals in four Grammy categories. “How that happened is a complete mystery to me! Some people in NARAS nominated us and actually voted for us! Go figure!” Billy recently graduated from ASU Cum Laude with a degree in English Literature in 2009 and is in the Graduate Program at ASU.

During the last few years much of Cioffi focus has been on teaching and working with several young protégés. Among them singer/songwriter Cali Rodi now residing in Nashville and signed to a publishing contract.

Billy has produced with production partner Olivier Zahm a number of eclectic releases. He is currently working with Grammy award winning producer Val Garay on the debut album of singer songwriter Adam Esrick.

Billy is the musical director for the Emmy nominated “Songwriters Showcase
from the Tempe Center for the Arts” seen on PBS Chanel 8 in Phoenix and throughout the Southwest, Billy Cioffi is in the studio at present recording songs songs for the forth-coming Volume 2 of multimedia project AMERICAMERA- with award winning project he co-wrote
with American Poet and Musician T.R. Hummer. “Its been a busy year. I’ll be in Nashville in June for the CMA/Fan week and New York for some shows in July then back to the valley of the sun for more recording, writing and performing. 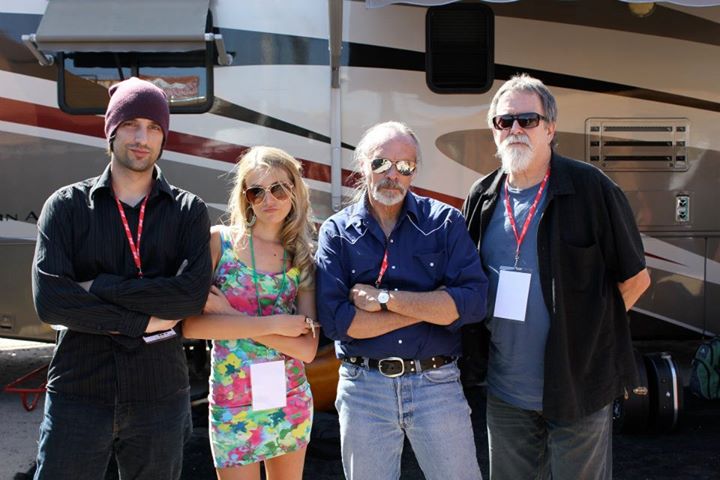